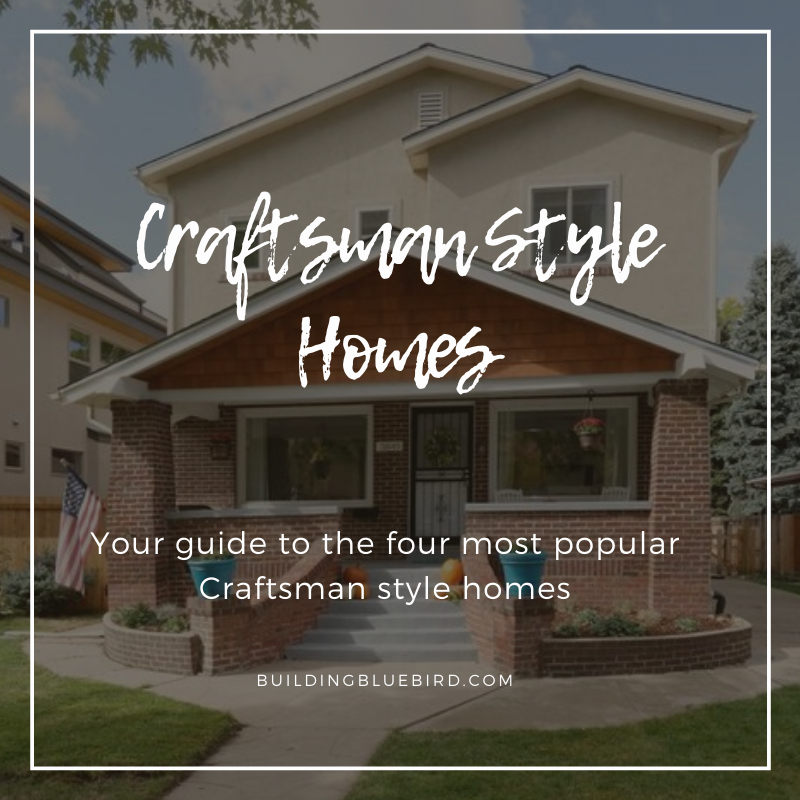 I have always loved historic homes and am really enjoying sharing the history of these styles with all of you! The Craftsman style home has a special place in my heart because it was the style of my first two homes that me and my husband bought together. Today I am sharing the four most popular Craftsman style homes that became popular in the US in the early 20th century.

Our first home we bought was a Craftsman bungalow in the Highlands neighborhood of Denver, CO. It was a cute, single story brick home that was perfect for newlyweds!

Our second family home was another Craftsman bungalow with a “popped top”. This meant that the previous owners added a second story onto the bungalow style home.

Craftsman style homes became popular in the early 20th century and were an offshoot of the Arts & Crafts Victorian-style homes. While these over the top Victorian homes dominated the 19th century, the Craftsman movement went in the opposite direction and focused on hand made works and natural elements like wood and brick. This style focused on function with its clean design and built-in features inside the home. Many people credit the popularity of this style home to Gustav Stickley, who frequently shared this style in his magazine called The Craftsman.

Many of these Craftsman designs became popular with mail-order house catalogs like Sears. You would purchase your preferred home style and it would be delivered with instructions to assemble.

The Craftsman bungalow was inspired by homes built in India and was reimagined in the United States. This type of home is very popular in California but can be found in the Midwest as well. This was another popular option available in mail-order home catalogs and was relatively inexpensive because of their smaller size. These single-story homes include a large front porch with wide columns and will most likely have exposed rafters. The interior is built for function with built-in storage and a fireplace.

This style became popular in more urban areas where streetcars were nearby and space was at a premium. The Four Square style was simple and maximized efficiency by adding square footage with 2-2.5 stories and a “boxy” appearance. The interiors were designed for function as well. Each floor had four rooms for everyday activities. For example, the main floor would have a living room, dining room, kitchen and foyer.

The Prairie style home was popularized by Frank Lloyd Wright. This style is the opposite of the flashy Victorian style, while also moving away from the “boxy” designs of the other Craftsman designs. The primary importance of this design was function. Characteristics of a prairie style home are clean, horizontal lines, natural elements, low slung roofs and open living spaces with built-in features to maximize functionality. This style is more contemporary than a traditional Craftsman home.

The Mission Revival style was similar to the bungalow but with Spanish flair. This was popularized in California and spread into warmer climate places like Texas and New Mexico. This Craftsman style continued to offer clean lines and function but would easily be identified with its stucco exterior and terracotta roofs. The parapet design was another common feature with the Mission style design. The interior of this home offered open living spaces with arched walkways, stucco walls and warm earth tones. Courtyards were also a common feature in the Spanish Revival home. 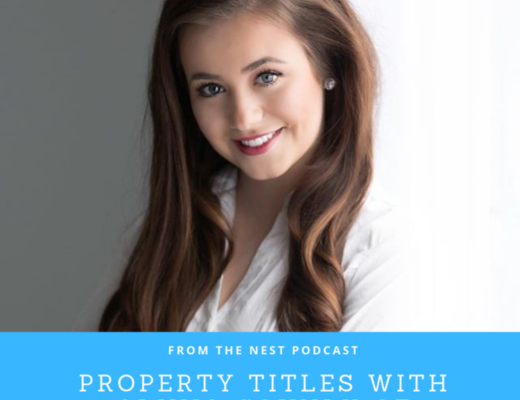 Why I want to Purchase A Mobile Home Park

How to Choose the Best Flooring Materials 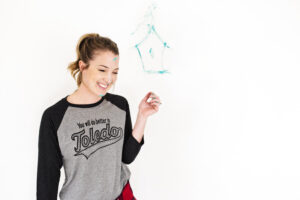 I am passionate about home renovation and real estate investing. Follow along as I renovate the home of my dreams and build my investment portfolio.

This potting shed transformation by @cynthiazamari

One year ago this kitchen was completely torn back

After enjoying another fun One Room Challenge expe

Tonight we got to celebrate the life of my baby br

Happy 4th of July from the Skidmore crew! 🇺🇸

Our trip to Ireland may have been cancelled but we

Fun in the sun with my mini me today!

I never thought I would have a pool, but this litt

My little artist practicing his craft late at nigh